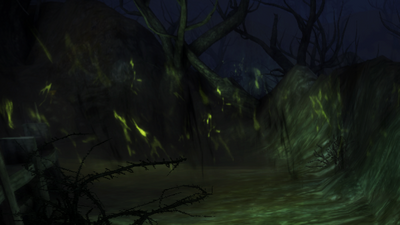 The Veil is a metaphysical barrier that exists between the physical Thedas and the Fade. Neither spirits nor mortal beings can easily pass physically through the Veil, but the consciousnesses of most mortal dreamers and all mages are a different matter (though the average dreamer is unlikely to... 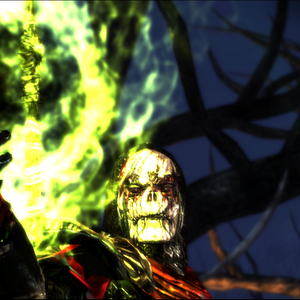 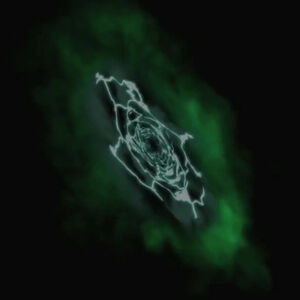 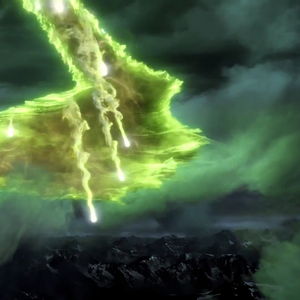 I’m curious to see people’s predictions on why the black city cannot be interacted with in the dream fade. Why is the black city only accessible via the physical fade? Why is it equidistance from all areas of the dream Fade, and serves as one of the few geographical constants in the Fade? This is a question that is being expanded into a separate post from another discussion topic, as I feel this deserves its own forum platform.

If the black city can only be touched, physically entered, and or interacted with in anyway only in the physical fade, maybe the black city is within another region that lies within the fade. I would assume the most popular, and widely accepted, theory is that the black city is the remains of old Arlathan-(the old elven capital city). If this is the case, when Solas created the veil, is that where he ‘locked’ the evanuris away?

But something I’ve thought about, without much research to truly see if this is plausible, is maybe the Void, which seemed to contain some sort of plague/darkness/sickness that Andruil visited one to many times, is physically inside the fade in a different region only accessible by the fade. A ‘sub fade’ or ‘sub region’ if you will. I know my description is lacking a bit, but that is the best way I can describe until I can get further into detail*

The ancient elves, as pointed out by Morrigan on numerous occasions, created ‘crossroads’, or places in between the physical world and the fade. If this is the case, maybe Arlathan, when Solas created the veil, was pushed into one of these ‘crossroad’ realms, areas, whatever you would like to dub them, then sealed away in the fade locked by the veil?

Thinking of this, I find this is unlikely and not supported enough by what I have seen in the lore. But thinking of the void, I believe I have found a connection. Looking at Solas and Inquisition, a symbol of red eyes appears around both Solas and the Black City. If the black city is the remains of Arlathan, and serves as the Evanuris prison, then the red eyes would symbolize Solas’s watch over them, no? So here we have roughly, in this possible theory, that the black city is the prison of the evanuris and the remains of old Arlathan, where Solas sealed them away for all time.

Could the void only be accessible via the fade? While I would argue they are definitely two separate entities, maybe they are still connected to each other; possible physically? If this is the case, then that would mean somehow, the black city was cast, sent, exiled, or banished into this void, aka the abyss, used as a prison for the exiled elven ‘gods’ and was tainted by whatever darkness plagued it as indicated by Andruil and her experience hunting there? Could this be a possible explanation for the ‘isolation’ the black city favors in the fade, and why only physically entering the fade can lead into the city? It is widely believed the blight originated in the void, and as indicated by the magistrate sidereal, the black city corrupted them with the blight. (I have seen theories and read lore out there that hints the magisters did not unleash the blight upon the world, as it had already existed there. I would elaborate, but as I’m sure this is quite lengthy as it is and this is an entirely different entity on its own.) Thus, if the blight originated in the void, and somehow the black city came to posses the same blight plague, then this stands to indicate both are connected to each other.

Even thinking of the darkspawn and the Old Gods, it stands to question if the lore surrounding the magister sidereal is connected in some way. The Magister's worshipped ‘7’ old gods, in which they seemed to have some sort of communication with them. The old gods told the sidereal to physically enter the fade in order to reach the black city, or as they knew it, the ‘golden’ city. They did this for what I would assume would be power, or maybe even to achieve a form of ‘god hood’ amongst men. But this leads to other questions, such as why would the Old Gods, or whatever entity spoke to the sidereal, would want this to happen. Is it possible the Evanuris, who Solas sealed away in the city, knew that whatever the ‘Old Gods’ truly are, act as ‘keys’ to unlocking the seals surrounding old Arlathan? Maybe the Old Gods act as seals to unlocking the gateway into the void, in which Solas banished the Evanuris and Arlathan. This could explain why the Evanuris would try to manipulate the magisters into coming to the black city; to further spread, or completely unleash, the blight into Thedas with the sole purpose of corrupting the old gods and breaking the seals. The Evanuris used the new found power inside their prison to act as their method of escape. Or possibly this was done by the forgotten ones, or the very blight itself. Again, much of this is speculation, but there are numerous hints in lore that suggest their is an intelligence behind the blight, more than just the archdemon and darkspawn. And something spoke to the Magisters Sideral to physically enter the fade to reach the golden city. This had to be done for a purpose, by some sort of intelligence*

When looking back at when Solas created the veil, we know that the fade and physical world were very much intertwined. The shattered library, as one example, shows that the old Elven empire existed equally in both regions, equally dependent on the other for stability and magic. The creation of the veil then fundamentally altered the fade, into what we know it now as. With this in mind, I would argue that when Andruil entered the void, the void predates the fade. Or more simply, while connected, they serve as two polar opposites connected on the same axis, or plain. Thus, could the fade and void be connected together physically? Could Solas have banished the city into the void, which was tied in some way to the fade, and when he created the veil, it weakened or severed its connected with the fade in all but physicality? Almost like cutting internet connection in a house, for example, but still being able to walk physically around the house? A terrible analogy I know, but I hope it serves to clarify the point I’m attempting to illustrate. Avernus claimed that the key to understanding the blight lies within the black city, and we have been given plenty more hints that the black city holds a part of the answer as to what the blight is. It’s interesting that the black city gets this credit more so than the void, in which one would argue would be the ‘birth place’ of the blight. Thus, another connection can be placed between the black city and the void.

Thus, if the black city was sent into the void, which is part of the fade we know now, though a twisted and polar opposite version of it, the question stands as to why this is the case. Before the creation of the veil, the fade was home to spirits and the Evanuris, alongside the elves. We know the void holds the blight, and the forgotten ones. Are the Evanuris and forgotten ones simply evolved hybrids of spirits, similar to Cole but in a different way? Could this explain why solas banished, effectively, the entire population of these hybrids together away in the void? While the fade is not inherently dangerous on its own, the void definitely is by containing the blight. Thus it stands to reason why Solas would banish the Evanuris with the forgotten ones into the void. This leads into a different theory and topic, one I’m planning on creating a thread for soon. But it’s interesting to think about, and could be a possible explanation for the banishment of Arlathan and the Evanuris into the Void.

As the fade and physical world used to be one in the same, they are two parts to an equal whole. Thus the Void must be a different entity entirely, but it’s possible reaching the void is facilitated through the fade. Thus connecting it and the fade and the black city.

There is so much more lore that possible connects to this, such as the implied motif of a heaven and hell, demonic and benevolent spirit war, red and blue lyrium, the origin and true nature of what the Evanuris are, the titan/evanuris war, the theory of the ‘underground sun’ and the physical connection of the fade and Thedas via the deep roads, and much more. But Again, while there is much more I could say to prove this point, I’m sure this long enough as it is. But I’m curious to hear others opinions on this and if you think mine is a good starting ground and/or is complete horse shit.

So...how did they work prior to the Veil, exactly? How does the Fade interact with the earth prior to it's existence? We know the physical world is difficult make change (according to spirits in the Vir Dirthara) but was the Fade something that just sat way up in the sky? And with all of that, how do the humans fit in? Dwarves were made by the Titans, Elves are spirits that took physical form (it's implied), but where did humans come from? Kieran implies they're the next age that came too soon. Was a sort of Veil ALWAYS supposed to come into existence? What are your thoughts and theories.