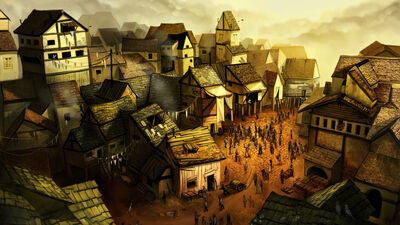 "Men and women from every race; warriors and mages, barbarians and kings... the Grey Wardens sacrificed everything to stem the tide of darkness... and prevailed."—Duncan, Warden-Commander of the Grey Wardens in Ferelden Dragon Age: Origins (previously known as Dragon Age) is a single-player... 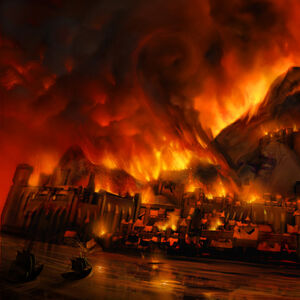 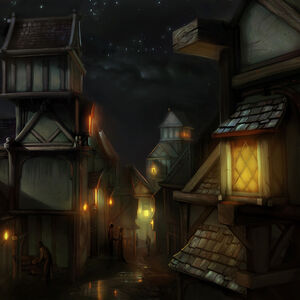 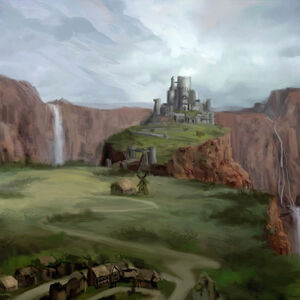 Hello Again, i'am plaiyng Dragon Age Origins Folowing some hints from you, and for the surprise of no One, i need another hint: How many points i have to spend in Cunning to Persuade almost Everyone in the game ? (And If possible, Everyone in the game)

Hello Everyone, i know this looks like a dumb question but i have to ask, the Ultimate version If Dragon Age Origins Works normally on Xbox 360, but the 2 Discs Work on Xbox One Too ? I don't want to bother anyone with dumb questions but after see the respect and help you give with my last post, i accumulate enough courage to ask this One too

The List should contain atrributes, skills and talents for every Companion sorted by level.

Sorry for my bad English.. 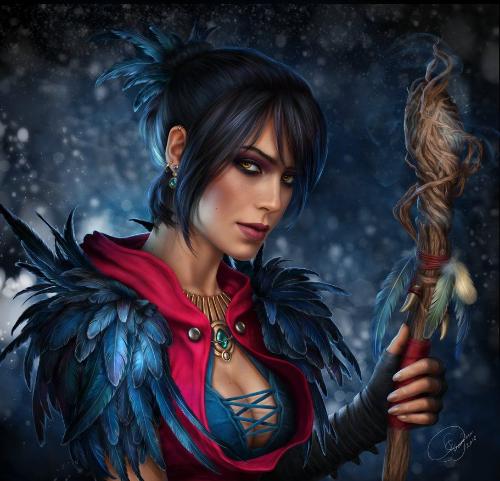 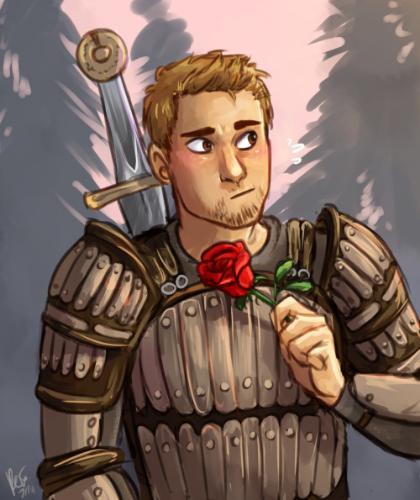 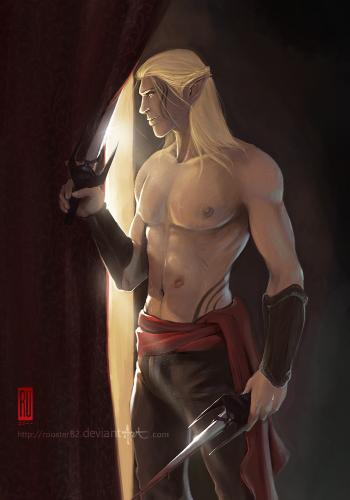 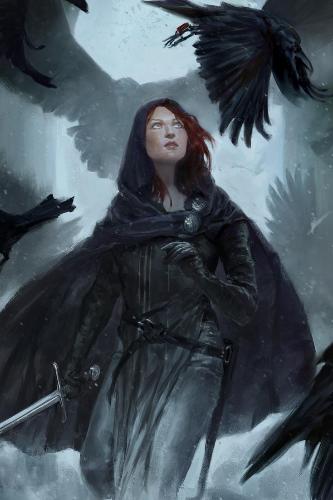 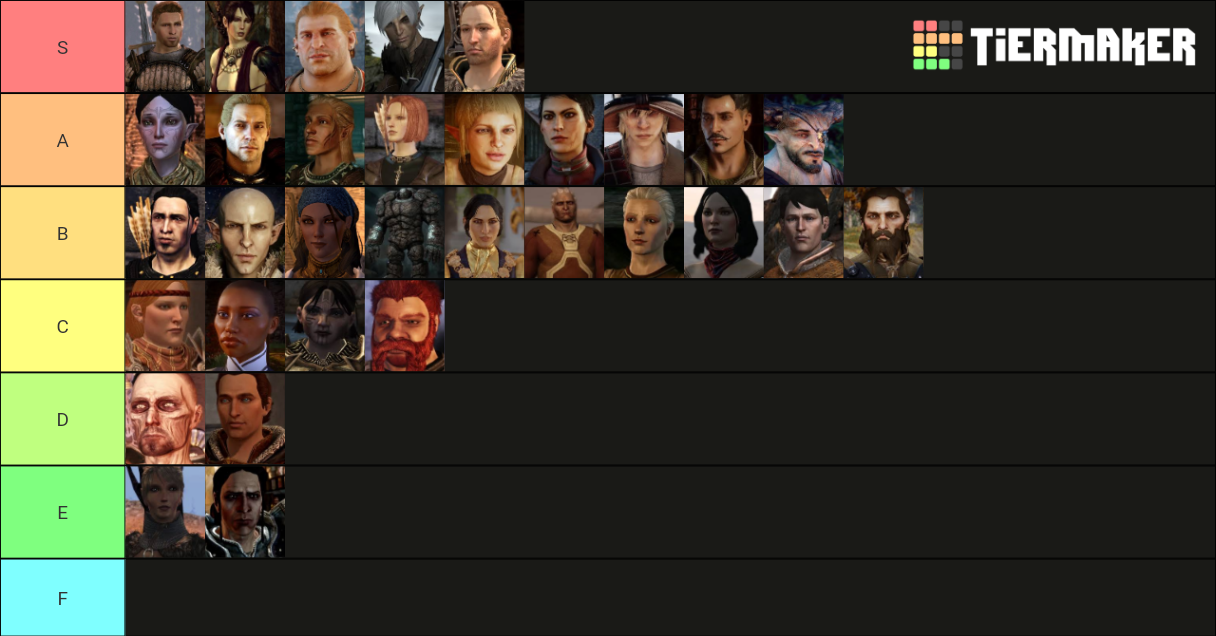 This list is based on how much I like the characters. Not their usfulness in combat. What do you guys think? 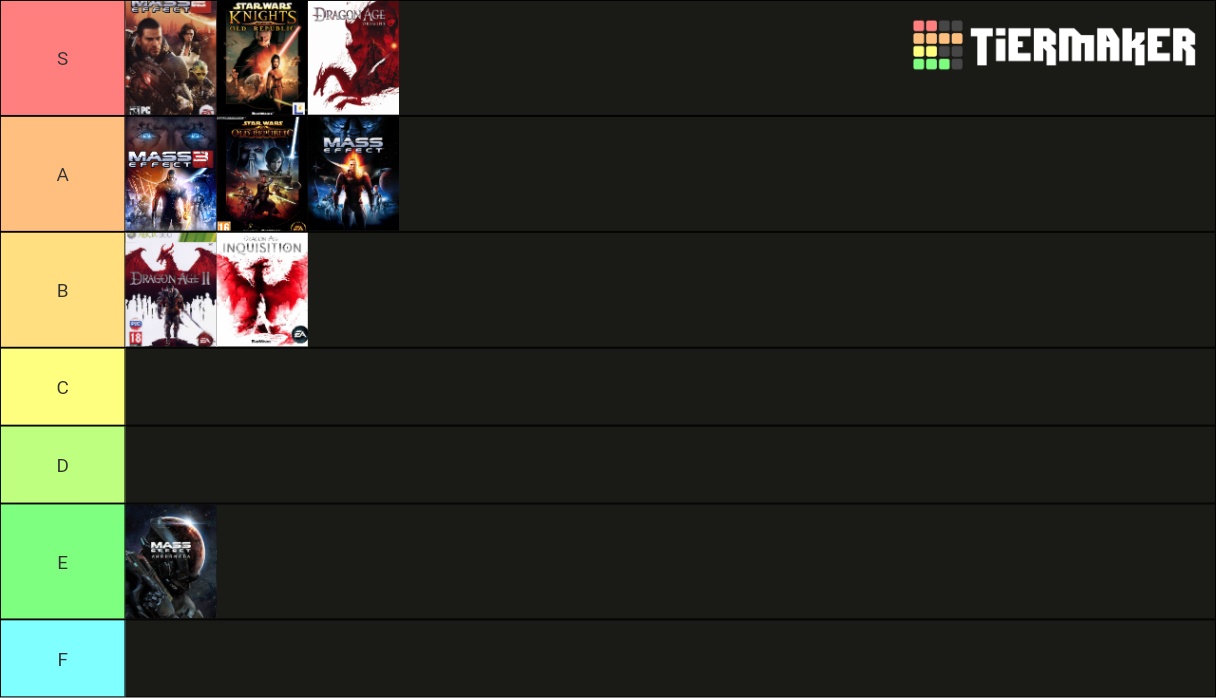 I ranked the BioWare games I've played so far. What do you guys think?

How powerful are player character mages compared to everyone else.? Ameridan is mage with some kind of time altering magic. Yet he could only bind Hakkon into eternal slumber. The Inquisitor kills the dragon. Mark of the rift is basically pull of the abyss with damage over time. It's not more powerful than fire mine or fade cloaks decloaking blast.

Aegis of the rift is either Ameridan's spell or his girlfriends spell. So i don't think it's an unfair advantage either. Anchor discharge isn't even available at that time. In this battle there's no rifts. If you don't use the two rift spells. It's just average magic. Yet the Inquisitor slays the dragon. While Ameridan who is probably more powerful couldn't.

In Dragon age 2 Hawke doesn't have the Inquisitor's glowing twinkle fingers. Yet Hawke defeats Meredith a knight commander with augmented power. The red lyrium made her more powerful than the red Templars. Not to mention most of the statues summoned are resistant to magic. Hawke also defeated that ghost dragon from the legacy dlc. It's one the monsters you face before Corypheus. This creature was so power it was imprisoned in lyrium.

Obviously the Warden is above average because, she or he is a Warden. Grey Wardens have augmented abilities. They steal the power of darkspawn and use it against them. So naturally they are above average.

It's so weird to me that mages are deathly afraid of Templars. Yet we tear through them like plum pie and cherry wine.

What do you guys think the next title should be? 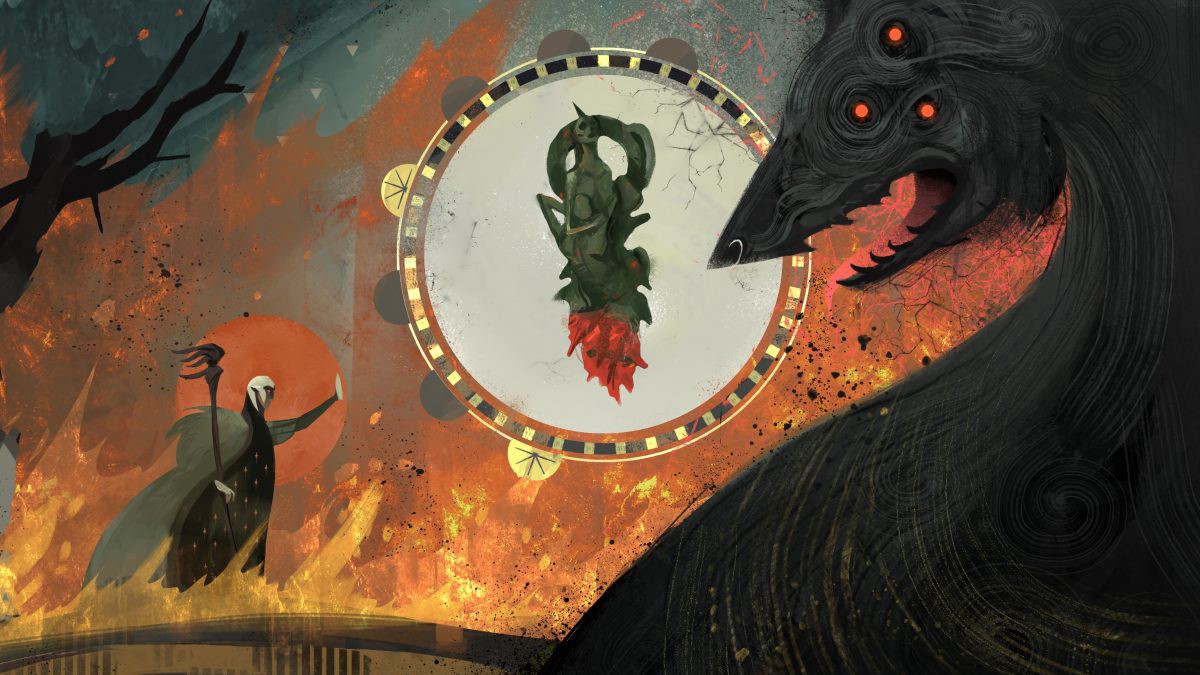 First I could use some advice on how to kill the archdemon in dao, My current party members are Alistair, leliana, and wynne. Second I'm about to start Awakening, should I import character from DAO or should I make an Orleasion character. ( and yes i know i just spelt that wrong)

Why is it that when we play as blood mages? The game is quick to remind us that demons and undead are immune. Yet for better or worse Quetin, Uldred, and Avernus can bind demons. Sometimes the summoning works. At other times the spirit is too powerful to control.

Why should they have this power yet Warden and Hawke don't.

I just found this place a couple of days ago, and I scrolled through quite a few of the posts here. I'm pleased to see that there is still an active community surrounding this game series, as it has taken a place among my favorites of all time.

More to the point, I ask now what personal headcanons or theories regarding the series you've adopted over time.

For example, its my theory that, while Loghain is far too paranoid for his own good, Celene indeed quite probably intended to use Cailin as a means to re-acquiring Fereldan, despite the interest in a romantic relationship seeming genuine coming from both sides. However, I also suspect that Cailin knew this, and had measures to prevent such a thing from happening, Loghain very likely being an integral part of those matters.

How do you get this much gold to buy this staff? Is it worth it?